How can I start a Vintage Base Ball club?

How can I start a Vintage Base Ball club?

To start your own vintage baseball club you’ll need:

Naturally, you will play other vintage clubs. Membership in the VBBA is critical here to make the necessary connections. Matches are usually negotiated between club captains or contacts before the season begins. Many clubs also play matches against a group of local players, usually at a town festival or other exhibition. These matches can be very fun as the players and spectators are new to the game and rules. Festival organizers often pay clubs to play which can go a long way toward offsetting the cost of equipment. 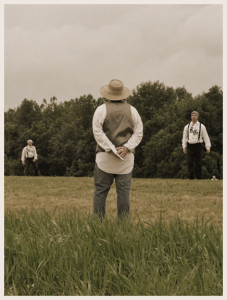 How often you play is basically up to you. Keep in mind, that the VBBA requires each club to play six matches against other VBBA clubs each year to qualify for full membership. The average club plays 10 to 20 matches. Some play 60 or more. Travel will ultimately determine the number of matches your club will play. Clubs tend to be spread out. This is one of the perks of the hobby since you will get to see amazing parts of the country and talk with some fine people. If you want clubs to come and visit you, then you’ll have to make an effort to visit them as well.

Vintage Base Ball typically goes in many different directions. One can see everything from casual groups playing games for family and friends to big public events at open-air museums. Within a museum public program, there’s typically a staff member who recruits, trains and organizes volunteer players for the institution. Some clubs will form a relationship with another group. Yet other clubs will be independent entities.