What is Vintage Base Ball?

What is Vintage Base Ball?

Vintage Base Ball is a pastime, with its beginnings and progressions mimicking those that occurred in America over 160 years ago. Teams competing today wear period reproduction uniforms, use period authentic equipment and follow baseball rules from the 19th century in order to accurately present the history of baseball to the public. Matches can be seen almost 12 months out of each year at open-air museums, living history villages, Civil War re-enactments and city parks and is played in over 20 states including Canada.

The mission of the VBBA is to preserve, perpetuate, and promote the game of base ball as it was played during its formative years in the nineteenth century and other historic eras. Proper rules interpretation is an important aspect to our game. VBBA member clubs have access not only to vintage rules with interpretation but also to game historians and more.

The mid-nineteenth century game was considerably different than today’s game. The game evolved steadily from the 1850s through the turn of the century into the game as we know it today. 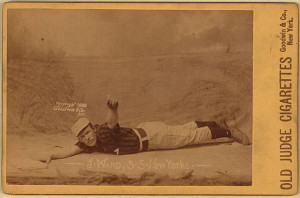 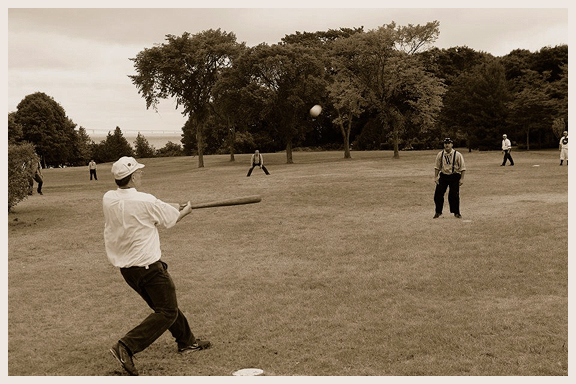 Close to 400 clubs are in existence at any one time today and the VBBA is constantly working to increase that number.

Read more about the history of vintage Base Ball.