The VBBA Rules and Custom Committee shall conduct appropriate historical research into the way the game was played in the mid-nineteenth century and other historical eras and shall share its findings with the Association and member clubs in order to establish and improve historical authenticity. The scope of the committee shall include customs, uniforms, equipment, and conventions as well as the dissemination of and interpretation of rules. Feel free to email the committee with your questions and concerns at rulesandcustoms@vbba.org. 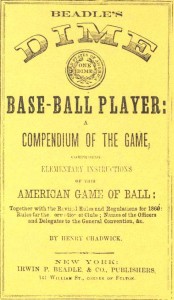 One part of baseball history is not in doubt. The record of establishing codified and standard base-ball rules, and modifying them each year, has been retained. Prior to 1857, established mens’ clubs devoted to a bat and ball game were free to create and modify their own rules. Children also made up their own rules. But the New York Knickerbockers, who had been experimenting with a set of rules since 1845, led the way to establish the first national base ball convention, and create the first standard set of rules. This act resulted in the first national association, the NABBP. Players in Massachusetts did much the same with their old folk game of Town Ball shortly thereafter. Today, people who re-create old-style ball games embrace these old rules as the foundation for their modern games.

Below you will find links to the rules most commonly used by VBBA member clubs. Included are comments, interpretations and customs commonly found in vintage base ball games of that year, and locations where you can find re-created games under those rules.